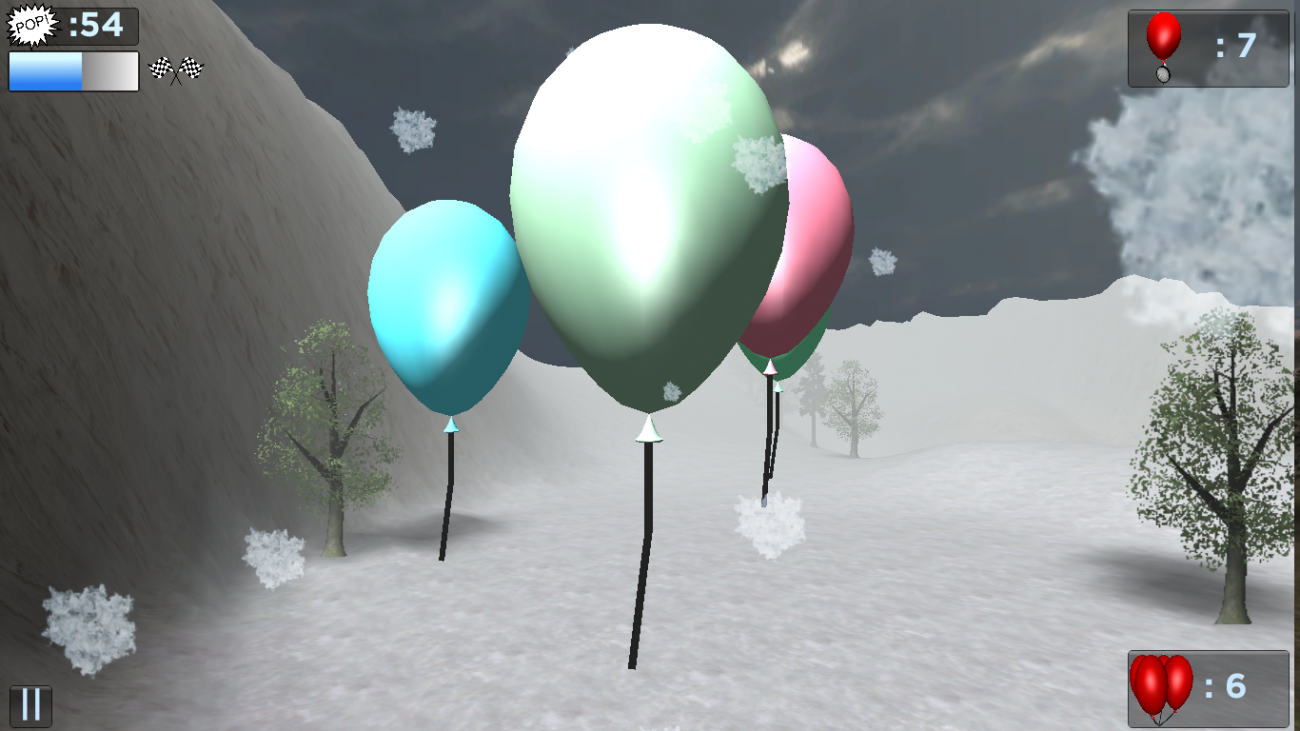 A Review of Soaring Balloons Popper 3D for Windows 8

Soaring Balloons Popper 3D is a really fun game.  The goal is to pop as many balloons as you can to reach the next level.  Along the way you’ll come across special balloons that can aid or hinder your progress.  I think it is worth the $1.49, but it might help to include a trial version to entice players into wanting to play the full version.

New players can opt to take a tutorial first.  The tutorial explains the role of the different types of balloons.  The bomb balloon pops multiple surrounding balloons at once.  The clock balloon slows the balloon spawn rate down, and the turbo balloon speeds it up.  The skull balloon detracts one from your score, so be careful not to pop that one.  Sometimes they go by so fast that it is hard not to accidentally pop the wrong balloon.

For the best experience, I suggest playing Soaring Balloon Popper on a tablet.  It is really hard to keep up with a trackpad or mouse.  Need something to keep your kid occupied?  Soaring Balloons will keep them entertained during long car rides or in the doctor’s waiting room.

The 3D graphics are well done, but it still looks a little clunky when the balloons spawn.  The setting and background are pretty though.  I like the special weather effects.

I was able to find my way around the app and how to play right off the bat, and I thought the tutorial was really helpful.  I liked that the tutorial served more as a background guide, that stopped to provide explanations at longer intervals, rather than stopping the game constantly.

Soaring Balloons 3D has positive reviews overall.  An entertaining game for all ages.  I look forward to seeing what is in store for this game as graphic improve and new features are added.